A new war against Islam—and once again, an enemy of our own making

On all channels this morning there is the lofty rhetoric of Obama again—we are at it once more, there is a new front in the War on Terror. However, there will be no American troops involved as in Iraq or Afghanistan, the president warns. Instead we follow the recipe of Somalia and Yemen, where we have been ‘very successful’. Whoever has the chance to read Jeremy Scahill’s book, Dirty Wars, can learn more about these ‘successes’. Endless bombardments and targeted assassinations, wrong choices of ‘allies’, the arming of what later turned out the wrong party, double-dealing by embattled local rulers, ill-understood tribal and clan loyalties, and so on and so forth. The result: chaos and dismembered societies, and yet thanks to media silence, Obama can sell this as success. 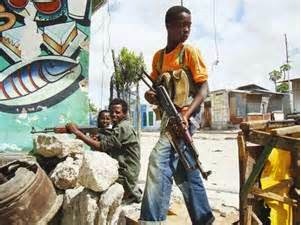 With this recipe we will again intervene in Iraq but this time also in Syria, and apparently, the Netherlands cannot wait to join: with the exception of the Socialist Party, all parties in the Second Chamber were in favour. From the gallery there were the inevitable cheers of ‘experts’, who want to put the Netherlands ‘on the map again’, because if peace were to break out, they will not appear on TV.

In the ISIS camp there will also be great enthusiasm about the Obama speech, or so we may assume. There will be half a billion dollars for the ‘moderate Syrian opposition’—and from them, ISIS gets most of its equipment and they have wide-ranging business connections. It was the moderate opposition that sold the American journalist, Stephen Sotloff, tot ISIS, after which he was beheaded in front of the camera. In addition, support for the Iraqi army, another source of equipment for ISIS—tanks and heavy artillery included.

Brief, a strategy to whet your lips by, also in the Pentagon, because it has already been announced that this too will be a protracted war, so record defence budgets secured.

There are also real experts in these matters and one of the most prominent is the commentator for the Independent, Patrick Cockburn. In a piece of some time ago, How Saudi Arabia Helped Isis Take Over the North of Iraq, Cockburn relates how the former boss of the British intelligence agency MI6, Richard Dearlove, revealed a conversation he had with his Saudi colleague, prince Bandar bin Sultan. In that conversation, which happened briefly before 9/11, when Bandar was still ambassador in Washington, the prince declared that ‘The time is not far off in the Middle East, Richard, when it will be literally “God help the Shia”. More than a billion Sunnis have simply had enough of them.’

This of course raises all kind of questions, because the Saudis were themselves also suspects in ‘9/11’ itself (15 of the 19 hijackers were Saudi), but that is not our concern here. What matters is that even before the fall of Shah of Iran and Islamic Revolution of 1979, there were tensions with Saudi Arabia, which after all has a large Shia minority which just happens to be concentrated in the oil region along the Persian Gulf.

Cockburn however follows the trail of the anti-Shia jihad in Syria and Iraq, which has been supported by the Saudis from the start and has finally led to ISIS. Between 2012 and ’14 (the years in which Bandar was the head of the intelligence service) ISIS has largely taken over control of the radical Sunni opposition in the two countries. From the capture of Mosul in June last, the targeted killing of Shia’s has begun, civilians and military alike. For the Shias but also for related sects such as the Alawites. As dangerous in the regions of Syria and Iraq occupied by ISIS as it was for the Jews in Nazi-occupied Europe in the war. But Christians, too, are being terrorised.

Dearlove does not doubt that it was support from private sources in Saudi Arabia and Qatar, that made this murderous advance possible, with both governments looking the other way. Since the tribes in the Sunni provinces owe allegiance to their financial supports in the two Gulf monarchies, they would not collaborate with ISIS without consent of both Saudi Arabia or Qatar.

There are certainly differences between al-Qaida and ISIS, such as the much better organisation of the latter. But when bin Laden was killed by the Americans in Pakistan, al-Baghdadi, meanwhile elevated to ‘Caliph’, announced 100 acts of retaliation, so the differences are not or hardly ideological—all lines can be traced to the Wahabi Sunni radicalism in Saudi Arabia. The jihadists are feared as much by those in power in Riyadh as in the West, hence their concern to channel the threat in the direction of Syria and Iraq. From a visit with Tony Blair to the Saudi capital, Dearlove remembers how Bandar exclaimed that 9/11 had only been a pinprick against the West: the real aim of the jihadists was the overthrow of the Houoyse of Saud and the remaking of the Middle East.

Bandar has been dismissed in the meantime but the forces let loose with his help can no longer be controlled by Saudi Arabia. The creation of a Sunni opposition against the Shia, but also one fighting against al-Qaida and ISIS, has failed. The leadership of the Sunni communities in Syria and Iraq has fallen into the hands of what Cockburn calls, an Islamic Khmer Rouge, which in addition has obtained a solid source of income by their capture of large oil fields.

But the Netherlands are coming!