The Russian hack story and the campaign to derail Trump

The uproar over the supposed Russian hacking of the Democratic Party e-mail traffic that has meanwhile led to the expulsion of 35 Russian diplomats has not yet subsided. The mainstream media continue to rehash the story although it has been credibly identified by US intelligence insiders and former British diplomat Craig Murray as a leak, not a hack.
Many have also recognised that we are instead looking at an attack on Donald Trump's planned departure from an interventionist stance. 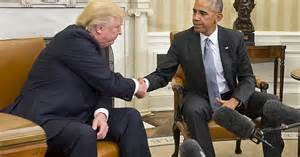 Far from any 'party' interest, what is at stake is the interest of the established, 'bipartisan' ruling class bloc in the United States, which through TTIP, TPP, CETA etc. and foreign military intervention has for decades been attempting to prevent the continuing rise of the BRICS bloc as a new centre in the global political economy.

Trump represents a maverick coalition of billionaires and right-wingers who want to break away from this policy which has spread chaos and cost the US trillions of dollars. In 2016, 13 years after the disastrous Anglo-American invasion, again more than 52,000 people were killed in Iraq alone.

Meanwhile China in 2015 surpassed the United States as the world's largest economy (GDP in Purchasing Power Parity terms), India overtook Japan, and so on. With the BRICS bank, through the Eurasian Union and the Shanghai Cooperation Organisation, the bloc is strengthening itself further although by adhering to a (state-) capitalist model, it also increases its vulnerability to being dragged into the crisis of the capitalist order. But that is a different story.

The Democratic Party mails reveal how the Hillary machine was out to trash Bernie Sanders, who as a polls showed, would have trounced Trump. Hillary lost because people have enough of wars, of her as a representative of the bloc that continues to wage them, and not least, because the FBI in the last fortnight before the election again opened an investigation into her personal e-mail correspondence, obviously dealing a serious blow to her campaign. The neoliberal interventionist bloc responded by launching a campaign to get a recount of the vote. Then calls on electors were made to break with the habit (in many states a legal requirement) of voting for the candidate who got the majority of that state's voters. And meanwhile the campaign of demonizing 'Putin' as the source of all evil and mishap was stepped up. On 9 January there will be a vote by Congress to decide whether the presidential election in November was a valid one—normally a rubber stamp decision but in this case an opportunity for another roadblock in the way of a Trump presidency.

Would a Trump presidency then mark the moment at which the declining West retreats from aggressive overseas involvement ? I say 'the West' because the sorry state of the EU should always be taken into account as well. Europe since at least 2008 has surrendered the last vestiges of an independent stance in world affairs and become the hostage of Washington's priorities, in Ukraine, in Syria and elsewhere.

Many rightfully complain about the bigotry and racism of the Trump team and the Donald himself, his authoritarian rapaciousness, and the like. They tend to forget that the War on Terror, like the Vietnam War, the massacres in Indonesia, endless interventions in Latin America, or the atomic bombardment and firebombing of Japanese cities, were all instances of bigotry and racism too, and as much a sign of authoritarian rapaciousness—but focused overseas, on foreign peoples, killed by the millions.

Now this is turning inward, probably more radically so than under a Sanders presidency because Bernie might have slipped into the old social democratic trap of buying the manoeuvring space for domestic welfare by giving the imperialists their foreign wars.

What is most frightening in all this is not just that the truth about these matters cannot be gleaned any longer from the mainstream media. The Washington Post, sold to Amazon owner Jeff Bezos in mid-2016, through Amazon is now also connected directly to the CIA, with which Bezos signed a contract for twice the amount he paid for the paper. So much for 'all the news that's fit to print'. But on top of this sort of corruption comes the Countering Foreign Propaganda and Disinformation Act signed by Obama on 23 December. This law is aimed at excluding 'Russian propaganda' and 'fake news', and encourages the likes of Google, Facebook etc. to actually remove unwanted information.

So the mainstream media, which continue to write about Russian hacks, the Russian invasion of Ukraine, and the like, now will also be protected from factual correction by this new law.

If he makes it to the inauguration Trump may soften the tone on Russia but probably will not rescind this law, just as he will not rescind the Patriot Act and the entire surveillance infrastructure exposed by the Snowden revelations. The important point is that whilst this is all bad news of the United States (in a sense, old news), the rest of the world should seize the opportunity to restore some freedom of manoeuvre again.

Nowhere else is this more urgent than in Europe.