As the JIT investigation picks up again after the Dutch parliament gave it a bill of health (albeit with some interesting asides suggesting there is the beginning of a rethink at least on aspects of the context of the whole thing), there is reason to go back to a key source of the JIT report: the final report of the Dutch Safety Board (DSB).

Soon after the report came out in October 2015 the Dutch government complimented Tjibbe Joustra, the chair, and his team for a valid assessment that 'answered all the important questions'. Well, that remains to be seen. Thanks to the investigative work of Babette Ubink van der Spek, an artist and activist living in the north east of the Netherlands, it is possible to review some literally explosive facts about MH17.

It will be remembered that Malaysian Airlines in March 2014 already had lost another Boeing 777, MH370, on its flight from Kuala Lumpur to Beijing.In its cargo hull it carried 1,250 kilos of highly flammable lithium ion batteries, which have caused many fatal on-board fires, the last in 2010 with a UPS cargo plane. Such batteries are made almost exclusively in east Asia, so why a plane flying to Bejing would carry them is not clear. 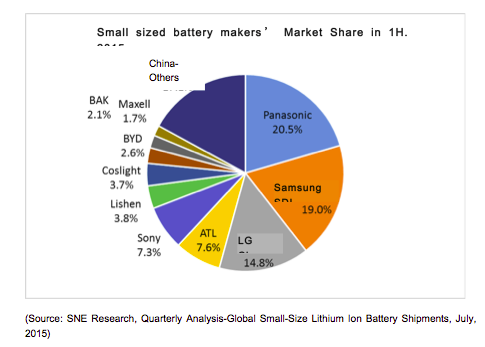 Now whether MH370 went down because of this is another matter. There is also the account of Nigel Cawthorne, 'Flight MH370: The Mystery‘, which claims that that plane was ‘shot down during a military training exercise’ of US and Thai forces. But let us get to MH17.

MH17, too, carried lithium ion batteries, in this case, 1,400 kilos. These are meanwhile no longer allowed as cargo on passenger planes from Schiphol and on cargo planes only after a 10 days’ notice. It may well be that the batteries, which had been flown by TNT to Schiphol from the cargo airport of Liège (an airport incidentally served three times a week from Ukraine, but that may be completely unrelated), were on board because Malaysia Airlines was on a downward slope financially and had to make every possible buck. As noted, since practically the entire production of these batteries takes place in East Asia, from lithium mined in Chile, Australia, China and Russia, it begs the question why a plane to Beijing or one to Kuala Lumpur should have more than a ton of dangerous lithium ion batteries on board, in breach of regulations. No wonder the bill of lading recording this forbidden cargo was removed from the Malaysia Airlines website directly after the MH17 crash.

However, since this is of course a key safety issue, we should be able to rely on chairman Joustra's investigative acumen to put his finger on it.

Now with due respect, the DSB was remarkably negligent here, in fact criminally so by misrepresenting what was actually in the hull of MH17. The DSB Report mentions that 17,751 kilos of baggage and cargo was on the plane as recorded in the bill of lading (removed from Malaysia Airlines website on 19 July) and ‘that the loaded cargo did not contain any dangerous goods’. Well, well. It then goes on to say ‘that a single lithium ion battery was included on the cargo manifest. This item was declared as properly packaged and was therefore exempted from being classified as dangerous goods. As such, this small item was not considered relevant to the investigation.’

1,400 kilos of strictly forbidden, highly explosive lithium ion batteries, are of course not 'a single battery'—there would be not much use for a battery weighing 1.4 tons, almost ten percent of the entire weight of baggage and cargo of the plane.

Other authorities concerned with aviation safety were certainly not as cavalier. The US Department of Transportation two weeks after the downing of MH17, on 31 July, issued new guidelines on the transport of lithium ion batteries, focusing ‘specifically on shipments by air.’ Subsequent tightening of regulations, both in the US and by ICAO/IATA, followed.

Here is relevant page of the bill of lading of MH17: 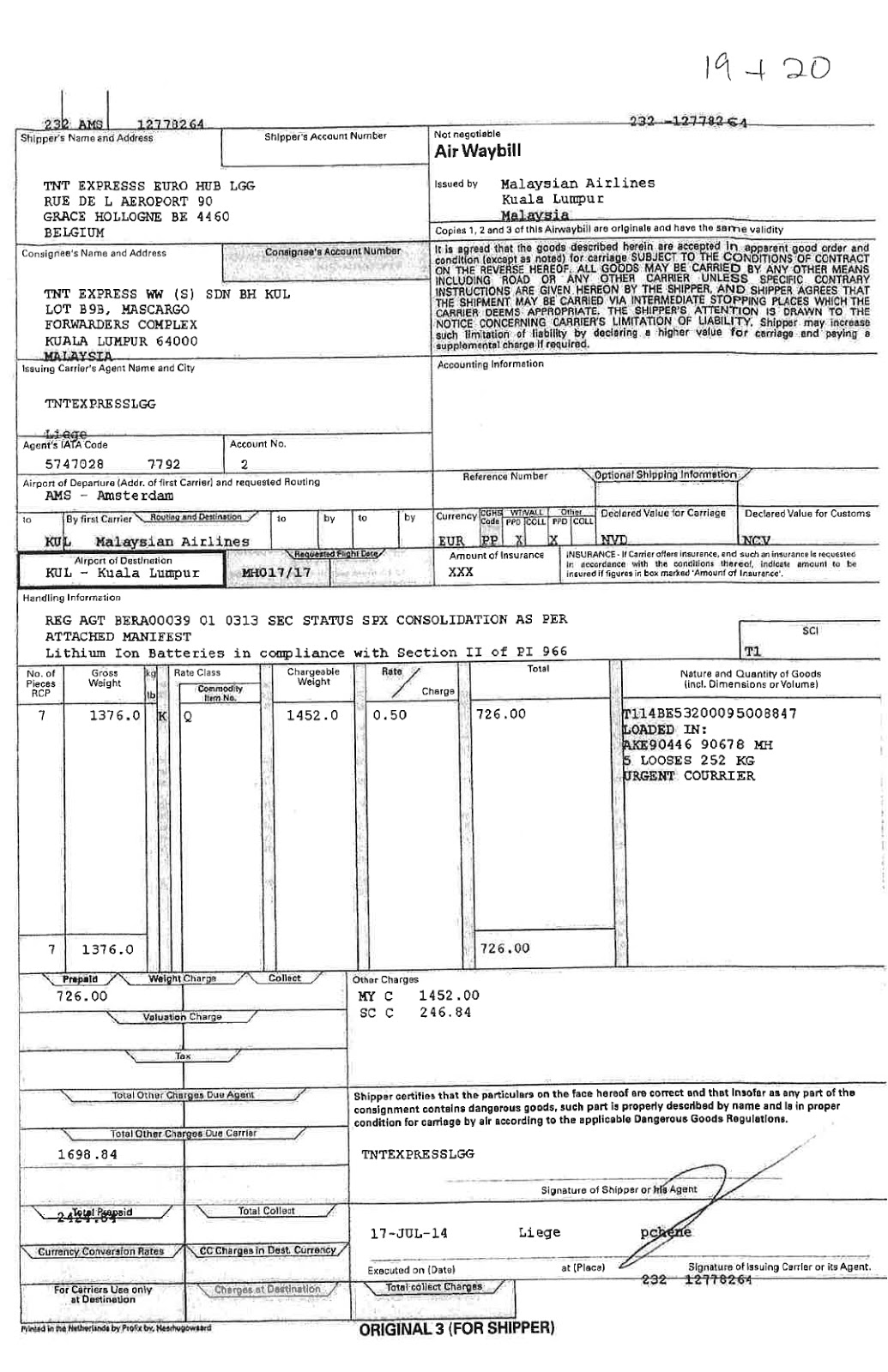 In the floor plan of the cargo hold of the MH17, retrieved from the DSB report, we indicated the position of the batteries as it is being mentioned in the bill of loading:

Of course this does not mean that MH17 came down as a result of the contraband lithium ion batteries. But it reveals without a doubt that the DSB final report has aspects of a cover-up, in this case, serving to exculpate Malaysia Airlines from responsibility. Just as Ukraine is being exculpated from responsibility by focusing solely on who fired a missile, its launch site, etc. instead of asking why Kiev in the first place allowed civilian airliners to fly over an area in which an insurgency was defending itself against constant aerial bombardments with (as far as we know from the Dutch joint intelligence report of April 2015) shoulder-fired anti-aircraft missiles (MANPADS).

If the JIT report is to be accepted, its sources, which include the DSB report, must be beyond doubt. In this case it turns out that even on a probably secondary issue as the lithium ion cargo, the DSB resorts to outright lies. OR should we be generous and speak instead of complete incompetence?