The European elections and Ukraine

This article is a translation of "De Europese Verkiezingen en Oekraïne"

Yesterday’s elections for the European Parliament in the Netherlands have not produced the anti-EU outcome many had expected. We still have to wait to hear how this has worked out in other countries. Here, the reduced anti-EU vote was no doubt the result of infighting in the PVV, partly caused by the personal regime of Geert Wilders and his utterances concerning ‘do we want more or fewer Moroccans’; partly by unease about his change of direction in socio-economic matters. 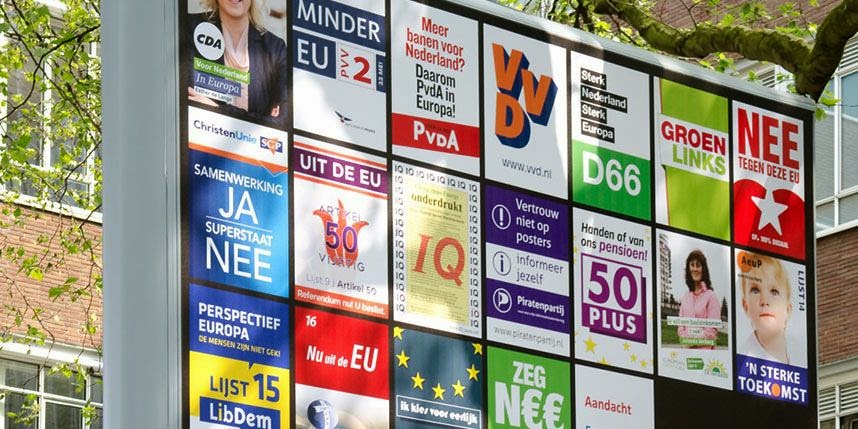 Among the thinking part of the population the Socialist Party with its superficial slogan (‘no to this EU’) has not been able to capitalise on anti-Europe sentiment either. The most important vote against the Europe of big capital and social demolition came from the non-voters—in the Netherlands, 37 percent, slightly more than one-third of eligible voters, actually turned out.

However, in addition to serving as an instrument of capital and social demolition, the EU also has manifested itself as a partner of NATO in the march against Russia. This is all the more painful in light of the 2012 Nobel Peace Prize for the EU, which I have called elsewhere a ‘sick joke’. For in the Ukraine crisis, the EU and NATO share responsibility as the main culprits, albeit with different and to an extent, contradictory intentions—the EU wants eastern Europe, including Ukraine, as a market and resource base for cheap labour; the US (through NATO) wants geopolitical expansion to push back Russia and even provoke it in order to raise tension in Europe (why otherwise would we continue to tolerate American nuclear weapons here) and increase military outlays. But then, US economic interests (investments and trade) in the former republics of the USSR are only one-tenth, or about, of the EU interest.

The latest episode in a series of clashes between these two strategies (beginning with ‘f**k the EU’) was the military assault on the ‘terrorists’ in eastern Ukraine that began following the visit of CIA director Brennan to Kiev in mid-April, and now, the developments involving the richest oligarch of the country, Rinat Akhmetov. Akhmetov following discussions with Frank Steinmeier had called on the workers of his steel mills in the Donbass (the largely defunct rust-belt of the former USSR) to end the separatists’ uprising—if those workers have any aspiration to retain their jobs.

This would have been an instructive example of the EU strategy to exploit the cheap labour in eastern Ukraine, were it not that the majority of Akhmetov’s workers have ignored his call. In the port city of Mariupol, where the attack on the separatists would have been staged, what followed was mostly increased plunder and arson. 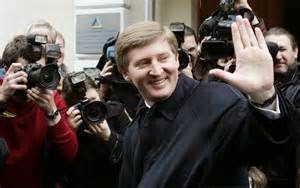 This may be related to the fact that according to the self-appointed leader of the Donetsk People’s Republic, Gubarev, his separatists too are being financed by Akhmetov. So this oligarch, who has risen to become the wealthiest man in Ukraine via a series of assassinations of his business partners, with one hand mobilises the workers to defend a united Ukraine against separatism, and with the other supports their opponents. One would almost forget that according to the media, it is all the fault of ‘Putin’ (who was even compared to Hitler by Prince Charles during the latter’s visit to Canada).

According to a source in Ukraine who has communicated this to me, the explanation for Akhmetov’s double-dealing is the following. He certainly wants to keep Ukraine together, as the other oligarchs do. On the other hand he also gambles on far-reaching decentralisation, so that once the crisis has been settled, the Donbass could be turned into a ‘Special Economic Zone’ which does not pay taxes to Kiev. Such economic advantages had already been granted to the region before, given that Yanukovych’s Party of Regions was in power in Kiev. But now that he has been brought down, an alternative must be found and such an SEZ would be just the construction needed. Because most of Akhmetov’s companies (not all) are obsolete and energy-inefficient, they won’t survive without cheap Russian gas. Hence Akhmetov (following consultations with Steinmeier in Berlin) seeks a deal both with Kiev and with Russia.

The final conclusion always boils down to the same. The oligarchs who have divided the inheritance of Soviet Ukraine among themselves (in most cases with brutal violence), are exploiting the language and other cultural differences among the impoverished and disempowered population to consolidate their power, in close agreement with the West (especially the EU). Yet it was the EU proposal for an association agreement (including a military paragraph to keep NATO on board) which pushed the country into a crisis. In the longer run the greater part of Donbass industry would have been closed down as a result by the association agreement and its free trade clauses.

So the proud Nobel Prize laureate, the EU, is directly responsible for the ongoing destruction, the resurgence of fascism in Kiev and the west of the country, and for the dead and wounded in Ukraine. Because the EU yields to any pressure on the part of the US or NATO (whether it concerns the forced landing of the Bolivian presidential plane, or scuttling the agreement with Yanukovych), the divide between economic expansion-cum-incorporation and plain arson has become paper-thin. 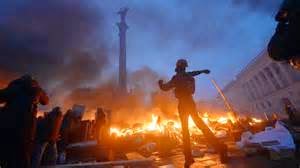 Russia has responded to this policy by likewise abandoning the rules and facilitating the Crimea’s adhesion to Russia. As if saying, If you take Slovenia, Croatia, Montenegro, Kosovo, Afghanistan, Iraq and Libya, well, we take the Crimea.

After the NATO advance to the borders of Russia proper, this had become almost inevitable. At some point the call to observe international law and honour solemn agreements and assurances, and ask for a return to cooperation and diplomacy, will grind to a halt, and power politics will be met by power politics.

The fact that in Europe, only a minority of the population turns out to vote for the European project, would seem a fitting response to the shameful role that the West is playing.