Now that the bill for Europe is mounting, negotiations again; but Kiev has no control of the fighters rampaging in the east

Yesterday, 17 August, discussions have started between Germany, France, Ukraine and Russia at the level of foreign secretaries. Rightly so, because it is not only Russia which is incurring serious damage—the EU too. Ukraine is bankrupt, and with every bombardment of Lugansk or Donetsk the chances that this will all be rebuilt, are diminishing. For the n-th time, it appears as if an agreement is within reach. On the basis of prior turnabouts in the course of events, however, we must fear that one of these days something happens that scuttles an agreement nevertheless. One only has to think of what would happen in case of an attack on the Russian aid convoy. Yet this time it could well be that Germany finally wants to call a halt to further escalation, since this is going to cost it dearly. 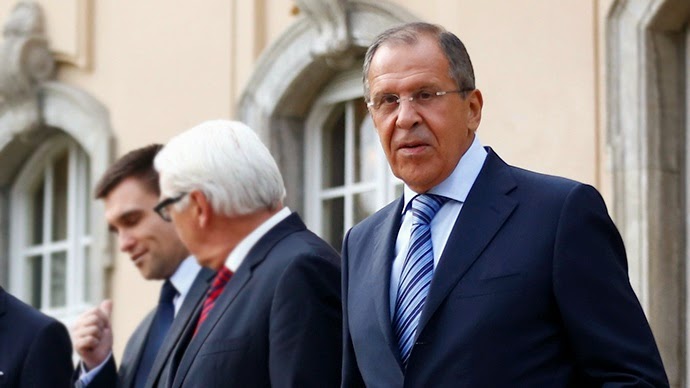 A serious problem in getting to grips with the struggle in east Ukraine is not so much that Russia has little control over the armed groups there; these after all have already indicated that they are ready to agree to an immediate cease-fire. Kiev on the other hand has no control at all over the most fanatical Ukrainian units. As little as the coup government has succeeded in clearing Maidan square, the neo-Nazis of Right Sector within the National Guard are following any orders any longer. The same applies to the private armed units of the eastern Ukrainian oligarchs such as the Azov and Dnepr battalions. In Berlin, secretary Lavrov (pictured right) pointed at the weekend ultimatum of Right Sector to either dismiss the heads of the police, or they will turn around and advance on Kiev. Lavrov called on the West to enforce its authority with these fascist groups, since Poroshenko c.s. don’t have any.

This lack of authority also seems to have been at the heart of the downing of MH17. As indicated earlier, the fighter jet(s) which shot down the plane, to all probability was operating under the authority of the National Security and Defence Council of Andriy Parubiy.

This reading of events is also being taken serious in Malaysia. In an article dated 7 August in the newspaper New Straits Times Haris Hussain discusses the growing number of indications supporting the scenario of a jet fighter attack. The story of the Canadian OSCE monitor, Michael Bociurkiw, that the plane showed traces of heavy machine gun fire, is mentioned and the paper quotes Associated Press reporter Robert Parry’s conclusion that this is the most important evidence. ‘Unlike a black-box interpretation-analysis long afterward by the Russian, British or Ukrainian governments, each of which has a horse in this race, this testimony from Bociurkiw is raw, independent and comes from one of the two earliest witnesses to the physical evidence.’ 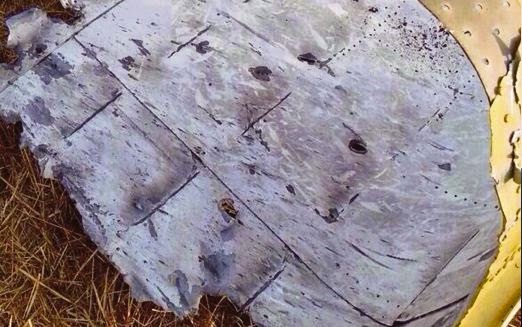 From the Netherlands, only unofficial voices have come forward to support these conclusions. In addition to Karel van Wolferen, my former University of Amsterdam colleague, emeritus professor Cees Hamelink, has registered his protest over the official docility of the government and media here, and has taken the unusual step to write an open letter to Putin in which he apologises for the false accusations against Moscow.

I cannot remember a situation in which prominent journalists and academics of the calibre of Van Wolferen or Hamelink have so manifestly distanced themselves from the Dutch government and the media. We suffered the highest number of victims and on that account claimed the primary role in the investigation, but nothing has come of it so far.

Is the power of the US and hence of NATO, to keep Europe ‘on course’ really that big? This will become clear in the days to come.