The US and Russia should return to negotiations urgently

This article is a translation of "De VS en Rusland moeten dringend gaan onderhandelen!"

The Bulletin of the Atomic Scientists of last month carried a number of essays expressing concern about the rising tensions between the West and Russia. Without exception the authors emphasise the urgent need of a return to the negotiating table. The most striking opinion piece is that of Fiona Hill, research associate at the Brookings Institute.


Usually it is the ´hawks´ that speak for this think tank. They are seeking an escalation of the wars in Syria and Ukraine. In this company Fiona Hill on the other hand belongs to the ´doves´. 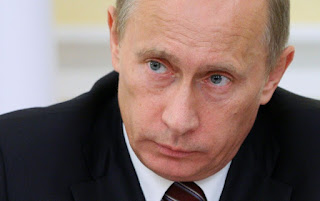 In 'Putin: The one-man show the West doesn’t understand' she points at the thousands of Russian nuclear weapons, which like the American atomic arsenal, are set on ‘hair trigger alert’.
She warns that a single misreading of the Russian leader can have catastrophic consequences. That is why, according to Hill, it is of the utmost importance that we get a proper assessment of this man, the most persistnt challenger of the US-led world order since the end of the Cold War.


Hill traces the misunderstanding of Putin primarily in his style of administration. In contrast to his predecessors, such as former Soviet leader Yuri Andropov, Michail Gorbatsjov, the last president of the USSR, or the first post-Soviet leader of Russia, Boris Yeltsin, Putin´s career was not one in the Communist Party. Neither did Putin have any administrative experience prior to his move to Moscow in 1996. Putin moves within a very small circle of people. He consults with friends, but we don´t know whether he takes their advice to hear. He is truly a selfmade president who since his assumption of power in 2000 has merged  intelligence, security, politics, and the supervision of key sectors of the economy into an administrative structure organised from the Kremlin and rooted in informal power networks, Hill argues. According to her, Putin  does not contend with rival interests anchored in either economic or political powers; in the final analysis it is Putin who makes all the decisions.
Hill seeks to make clear that it is this autocratic style of government that sows so much confusion in the West. Western politicians with the backgrounds in party politics, in business, or in the war industry, do not understand why Putin is so different. He is a mystery for them. Truly? I can´t recall that any American governments had or are having difficulty in their dealings with autocratic or dictatorial regimes.
The informed reader will of course already have drawn the conclusion that   the real problem is Putin´s refusal to conform to the neoconservative agenda of the Americans. That impression is only refinforced when she paints a picture of Putin as a paranoid guy who chases phantoms when he    contemplates the NATO expansion. Fiona Hill does not blame the West for the conflict in Ukraine either. Russia is the agressor. The difference is merely that she wants to explore a political solution, and that should be applauded. Her opinion piece echoes an earlier comment by Hill's colleague, Michael O’Hanlon, on Syria. It reinforces the suspicion that Western elites are profoundly divided about Syria and Ukraine. One can only hope that this doubt and disunity will incease.
Henk van der Keur